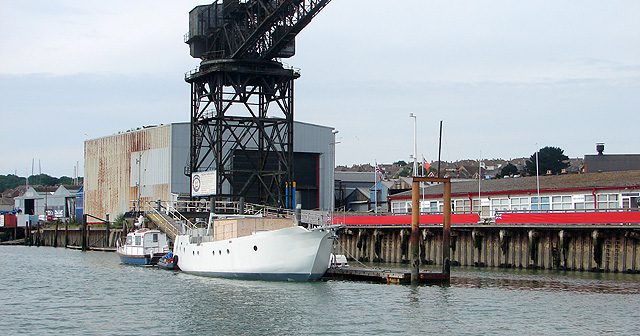 Burgess Marine, which has headquarters in Dover but operates its main shipyard from premises in Southampton and Portsmouth, appointed BDO LLP as administrators.

The following statement was released on behalf of the company: “The company has gone into administration due to challenges surrounding the delivery of a major refit project completed in Portchester earlier this year and payment of the final account.”

In the days following it has emerged that Southampton Marine Services has bought some of the business and its assets from its Lowestoft, Avonmouth and Poole trading locations. Over 100 employees have still been made redundant, but 45 jobs have been saved thanks to the acquisition.

Administration List first caught wind of Burgess’ financial woes back in October this year, when it was reported that a subsidiary of Burgess, Meercat, had gone into administration. Meercat, which specialises in the building of workboats in Hythe, was promptly bought out of administration and trading resumed under new ownership.

At the time Burgess claimed that this was a separate incident and that the company as a whole was trading well ahead of targets, however, further challenges relating to the major refit now appear to have overcome Burgess.

If you are considering buying a business out of administration then your first port of call should be our latest businesses in administration page, where you can find all of the latest distressed acquisition opportunities.