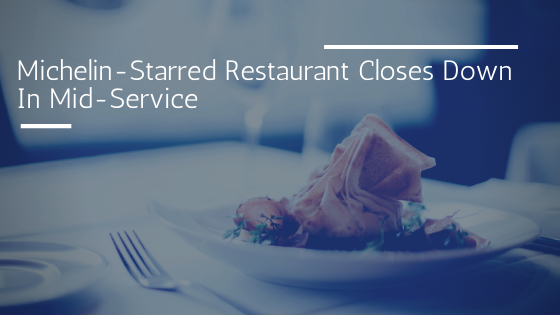 In dramatic scenes, Michelin-starred restaurant The Square was forcibly closed mid-service during lunch hours on 31st January 2020, having entered administration.

The Mayfair-based restaurant’s sudden and abrupt closure came as bailiffs turned up at the restaurant to seize assets from the owner, restauranteur and businessman Marlon Abela. The restaurant had been established in 1991, before being acquired by Mr Abela in 2016.

The Square’s sudden closure comes as one of Mr Abela’s other restaurants, Umu, is also on the verge of entering administration. The Greenhouse, another restaurant belonging to Mr Abela, remains unaffected and continues to operate.

In what seemed like an instant, Mayfair’s fine dining scene was rocked to the core last week, when not one but two Michelin-starred restaurants faced administration, both owned by tycoon Marlon Abela.

The sudden closure of The Square came as a shock to many, as bewildered diners were reportedly asked to leave in the middle of their lunch hours, with unconfirmed reports of staff having received no payment for their work in the month of January.

Mr Abela’s restaurant empire, the Marlon Abela Restaurant Corporation, has gone from being one of the pinnacles of haute cuisine in Central London to being virtually non-existent in just one week. Up to 40-50 people are believed to have lost their jobs as a result.

It is understood that the closure of The Square stems from court action by HRMC to wind down operations, following the owner’s failure to pay VAT. Mr Abela’s broader business empire had been in the sights of auditors for some time, after concerns were raised over its accounts last year.

Umu starts to feel the heat

To round off a tough week for London’s restaurant sector, Mr Abela’s Japanese cuisine venture, Umu, a two Michelin-starred restaurant, is also in the firing line, facing potential administration. This comes, as it emerged that administrators RSM Restructuring Advisory LLP were trying to gauge interest from willing buyers.

Like The Square, Umu boasted near-five-star reviews from many diners in its final weeks, with visitors captivated by the venue’s attractive Japanese aesthetic and its impressive list of elaborate Japanese fish dishes, served by a specialist Japanese chef trained in Kyoto.

Fine dining shares the pain of the high street

The dramatic loss of The Square and the potential administration of Umu mark a watershed moment for London’s fine dining scene. A number of high-profile restaurant chains have experienced difficulties in recent years.

Jamie’s Italian closed its doors and entered administration in the UK back in May 2019, having faced issues ranging from persistent rising prices, increased competition from cheaper rivals and a mounting pile of debts.

The Jamie Oliver Group has responded to adverse business conditions in the UK market by shifting operations overseas, with restaurants opened in Bali and Thailand under a new brand name, Jamie Oliver Kitchen.

Seemingly prospering businesses have now disappeared with apparently little signs of trouble beforehand, or so it seems to the casual observer on the high street. But that doesn’t mean you have to miss out on an opportunity to acquire a distressed business today.

Sign up to Administration List now, to follow all the latest news of businesses in administration across the UK today and seize the great opportunities to be had, before they’re gone.

No Responses to “Michelin-Starred Restaurant Closes Down Mid-Service”