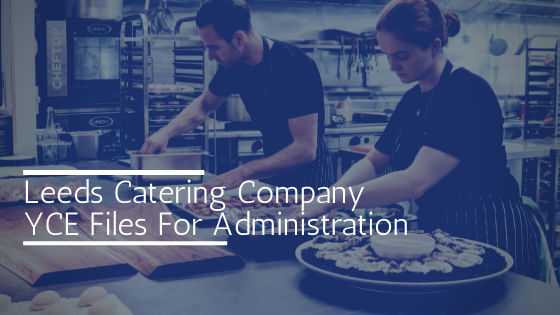 YCE, a Leeds catering company, has entered administration following a series of failed attempts to find a buyer due to COVID-19’s adverse impact on the hospitality industry.

A mainstay fixture in Northern hospitality, Yorkshire Catering Equipment (YCE) was founded in 1980 and had once employed 27 staff. The company also offered maintenance and installation services.

In what is already proving a swift turnaround, the business’s website is now offline, and its premises are completely shut. All 25 remaining members of staff have been made redundant.

Administration List can also reveal the company’s last publicly available financial report for the year ending 31 March 2019 showed a turnover of £7.2 million. Its operating profit was listed as £202,000.

This illustrates a drastic reversal in fortunes for a company that suffered greatly from the government’s lock-down measures.

Quite what Julian Pitts and Richard Kenworthy of Begbies Traynor can do for YCE remains to be seen, though there may be some hope. Pitts and Kenworthy have already received interest in the company’s intellectual property as well as its other assets from a series of investors.

As a result of the company’s failure to find a buyer, YCE managing director Nick Brassett released a heartfelt statement.

“Following weeks of negotiations it is with a heavy heart that the administrators have been called in,” he said.

“A slower than expected 2019, compounded by the devastating effect of COVID-19 led to a significant loss of revenue which, in the current climate, the business couldn’t recover from. We are devastated for our suppliers and our customers but particularly our team, many of whom have been with us their entire careers.

“We tried very hard to forge a way through these unprecedented times, but unfortunately without success. We’d like to thank everyone who has supported us throughout this process and worked with us during these last 40 years.”

Floated in 2004 on London’s junior stock market (AIM), corporate restructuring specialists Begbies Traynor boasts 78 offices across the UK, with CEO and co-founder Ric Traynor among the most respected administrators in the country.

Traynor recently commented on the number of insolvencies in a revealing article with financial news website This is Money.

As well as criticising the government’s track record in their continued offering of low-interest rates to struggling companies following the economic fallout of the Great Recession – arguably leading to many weakened companies to be continually supported by the taxpayer – Traynor said letting companies come to a natural end, even in this challenging period, may actually help the economy long-term.

“I’m not arguing this to get more work as we are busy enough anyway,” he said.

“And in the short term it will lead to more unemployment and clearly that’s a headline the politicians don’t like. But in the medium term that probably is the right thing to do.”