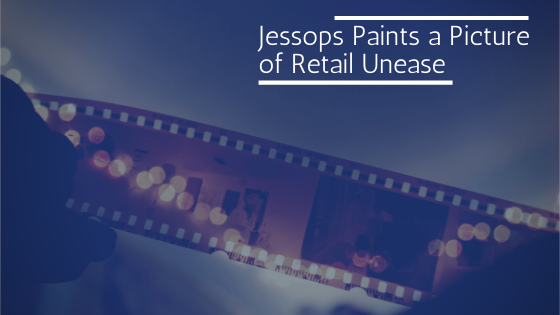 Even a backing from Dragon’s Den’s own Peter Jones wasn’t enough to spare Jessops from calling in administrators for the second time in little over a year, and the third time in total. The camera retailer, which operated out of as little as 17 stores across the UK, was a familiar face on the high street, offering a variety of camera-related accessories and home tech.

Jessops is now understood to be pursuing a Company Voluntary Arrangement (CVA), meaning an initiation of insolvency proceedings can begin in order to allow the company to cut its rents.

A quick glimpse of the official Jessops website indicates the predicament the brand faced, as it shows a large volume of savings to be made on cameras, drones, lenses, as well as discounts on photo printing. Even so, none of these discounts during the pandemic have been sufficient enough to allow the brand to withstand the damage sustained during lockdown.

Camera technology has come a long way since 1935, when Jessops first opened its doors. As recently as the early 2000s, consumers may still remember how retailers such as Jessops offered facilities for developing camera film.

The rise of the digital camera and the smartphone made the use of conventional methods of taking pictures obsolete for many, fundamentally changing the way Jessops framed its business. To ensure its survival, Jessops began to branch into increasingly sophisticated services in order to remain relevant.

This isn’t the first time Jessops has been caught short financially. Trouble came knocking at Jessops’ door in 2013, when the brand was bought out of administration by PJ Investment, owned by none other than Dragons’ Den judge Peter Jones. Financial difficulties continued to do damage to the business, however, prompting Jessops to shut half its stores back in 2019.

Jessops had experienced particularly fierce competition online, even after shifting so much of its business away from physical stores towards digital services on the official website. The collapse into administration for Jessops this year just goes to show how radical restructurings and mass store closures are rarely the end of the story.

Companies House suggests that Jessops Europe Limited had accounts overdue as of late March 2021, and the latest accounts dating back to 2018 suggested that the business held net current liabilities of over £7 million.

Advisors FRP have been hired to oversee the next stage of proceedings as Jessops enters administration again, while PJ Investment Group has made it clear that it plans to provide additional support, provided that management can present what it would deem a sustainable business plan for the future.

No Responses to “Jessops Paints a Picture of Retail Unease”