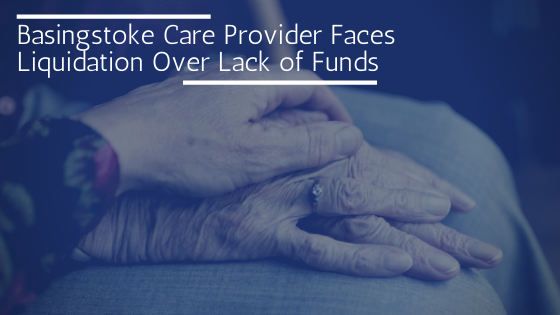 Founded in 2015 by St Michael’s Hospice, St Michael’s Home Care owed its very existence to a donation intended for use in setting up a domiciliary care agency. The past decade has seen increased demand for home care services provided to the elderly, as the population ages.

Its staff worked to provide domiciliary care to thousands of residents aged over 65 in the local area over the years, specialising in dementia, learning and physical disabilities. The Care Quality Commission published a report on the service’s performance, giving it a Good rating, but added that the service wasn’t always well-led, and required improvement.

St Michael’s Home Care would not have been able to exist without support from St Michael’s Hospice. In fact, by design, it was set up as a private company that gifted its own profits back to the hospice. However, the hospice suffered a knock to its income in 2020 – the pandemic required fundraising events to be cancelled, and the charity shops it owned had to be closed.

News reports have emerged, claiming that St Michael’s Home Care became unviable by the end of 2020, and that the hospice could no longer financially support its running, due to Charity Commission regulations regarding loss-making businesses. St Michael’s Hospice is unaffected by the closure of St Michael’s Home Care, continuing to offer its own Hospice at Home care service for palliative care and end-of-life patients.

Even so, financial difficulties have beset the business for a number of years. The Basingstoke Gazette reports that the hospice reported a net loss of £577,000 in 2016, having loaned £250,000 to Home Care during the same year. The hospice insisted that Home Care remained in start-up territory and that profits could be generated by 2017.

Unfortunately, Home Care remained firmly in the red as the years flew by. In 2019, Companies House revealed that St Michael’s Home Care Limited suffered accumulated losses of £200,949, suggesting that the business entered into the pandemic in hardly a fit state to continue generating profits of any kind.

Despite the impact of coronavirus on care providers such as St Michael’s Home Care, a far larger trend is at play behind the scenes, suggesting that domiciliary care could remain a significant growth industry for years to come.

That’s because the UK population is ageing, and the number of people aged 65 and over is expected to hit 24.8 per cent of the total population by 2050. Rising life expectancy and a sizable baby boom during the middle of the 20th century means that a large proportion of Brits are imminently expected to enter into retirement and ultimately require some form of care as they enter into old age in the coming decades.

The care homes market as a whole was estimated to be worth £15.9 billion in 2017, serving the needs of 410,000 residents. As many as 95 per cent of the beds provided in the UK’s 11,300 care homes were estimated to be provided by both for-profit and charitable care providers. Local authorities have a legal duty to ensure care provision in their own areas, and typically procure services from independent care providers.

As the sector recovers from the impact of COVID-19, an ageing population and a growing need for well-run, financially-sound care providers will only increase into the foreseeable future. A timely acquisition in the here and now could allow you to benefit from these trends as they continue to shape our society.