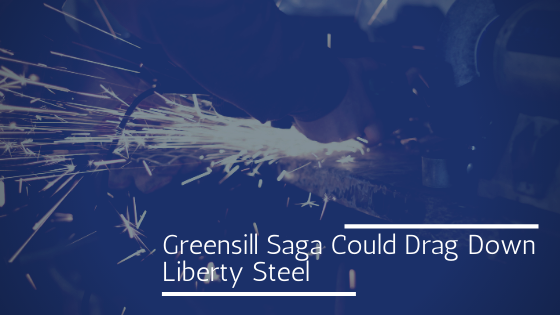 Just a month ago, we reported about the risk of imminent collapse for Liberty Steel, the Sanjeev Gupta-owned steel manufacturer, as part of the fallout from a scandal surrounding their financial backer, Greensill Capital.

The scandal surrounding Greensill has grown more intense, as former Prime Minister David Cameron has become implicated in an attempt to lobby the government for financial support for the business. Liberty Steel continues to veer on the road towards total collapse, in the absence of government backing.

The financial goings-on at a supply chain financing firm might seem unrelated to the business viability of one of the UK’s leading steel manufacturers. However, the worlds of manufacturing, politics and lobbying have intermingled, resulting in serious questions being raised about the ethics of politicians using their connections to do the bidding of private individuals.

Greensill Capital appointed David Cameron as an advisor in 2018, while the firm was serving as a financial backer to Liberty Steel. Mr Cameron is reported to have held $60 million in Greensill Capital shares, which have since become worthless, following the firm’s collapse.

During the COVID-19 pandemic, financial woes at Liberty Steel meant that Greensill was failing to recoup the money it had provided to the manufacturer as part of its supply-chain loans. Mr Cameron made contact with government ministers last spring, including Chancellor Rishi Sunak, hoping to secure a COVID-based government loan for his employers.

However, the government refused his attempts at lobbying, and now Greensill Capital has collapsed entirely. Mr Gupta is reported to have proceeded to use Greensill to help acquire government COVID support loans worth eight times what they were entitled to receive, costing taxpayers £400 million in total.

A full-scale review is to be held into lobbying, with a conclusion expected by late June 2021. In the meantime, Liberty Steel is floundering and its founder, Sanjeev Gupta, recently tried unsuccessfully to request a £170 million support package to keep his industrial empire afloat.

UK steel industry on the ropes

Steel has been a declining industry in the UK for many years, but the potential collapse of Liberty Steel would be one of the most significant losses in the sector for some time. Liberty Steel is just one of many companies Mr Gupta is linked to facing troubles. Recent reports suggest Mr Gupta is listed as director of up to 15 firms whose accounts are listed as overdue.

Such an occurrence is deemed a criminal offence, and while it carries a modest fine of £1,500 for private companies who fail to keep bookkeeping up-to-date, it poses as a warning to those carrying out even the most basic due diligence on a business for any reason.

This series of overdue accounts suggests a web of financial entanglements threatening the health of Liberty Steel and the UK steel sector at large, with millions of pounds worth of plants and assets on the line, waiting to be acquired at the first signs of collapse. It also hints at a deep-rooted financial crisis at the heart of Mr Gupta’s broader business empire, GFG Alliance. Mr Gupta’s acquisition of numerous metal assets from the UK and abroad were only made possible with the supply-chain financing provided by Greensill Capital.

Now, as Greensill Capital becomes consigned to the history books and the government looks set to turn the other way when asked for support, Liberty Steel and Mr Gupta’s entire business empire could soon find itself lost to the mists of time.

No Responses to “Greensill Saga Could Drag Down Liberty Steel”