Flybe Set to Take to the Skies Once More 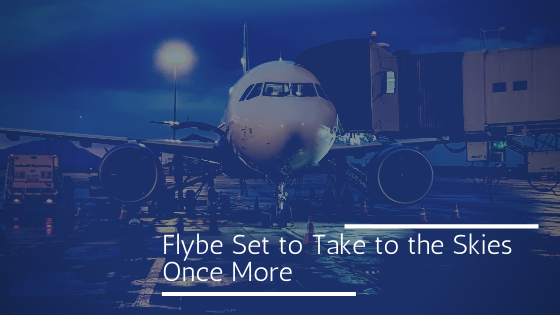 The airline industry was badly hit over the last 12 months, as millions of flights were grounded and passengers opted to stay home during the pandemic. Flybe appeared to be one of the casualties of this airline exodus, but now the winds have turned, and it could be making a return to UK skies.

That’s because the airline, which fell into administration last year, has just been bought up by administrators Thyme Opco, a shell company for Cyrus Capital, an investment advisory firm based in New York and London.

The skies are the limit

The return of Flybe is expected as soon as the summer of 2021, with Thyme Opco expected to rebrand as Flybe Limited. The airline’s assets and business can now be put to good use once more, subject to restrictions which would remain in place with regard to the pandemic. A spokesperson is reported to have claimed the aim was to revive as much of the airline’s previous network as possible.

Flybe’s apparent return back to rude health demonstrates the power of durable airline brands and the once-in-a-lifetime opportunities for acquisitions laid bare by the pandemic. In 2019, Flybe generated earnings before interest and taxes worth £16 million, operating across 15 international routes. One of the most lucrative flightpaths the airline used was Manchester to Paris Charles de Gaulle airport.

While international travel for holidays is currently restricted here in the UK, it isn’t difficult to imagine how Flybe could be in a position to regain its former glory, when these restrictions finally lift. As we have reported previously, demand for assets in the travel and hospitality sector has been high, as buyers expect the desire to travel will return.

The travel sector will welcome the return of Flybe with open arms, as it was reported that the pandemic hit to travel and tourism wiped £148 billion from the economy in 2020. The World Travel & Tourism Council claimed the sector shrank as a proportion of the UK economy by an alarming 62.3 per cent, from £238 billion to just £90 billion.

Domestic visitor spending collapsed by 62.3 per cent in 2020, with blame laid squarely on lockdown restrictions. This suggests that, when finally lifted, we could see a spending spree as UK-based travellers rediscover their passion for flying, whether that means shorter domestic flights or long-haul journeys to brand new horizons.

For now, the travel sector is gambling on a post-pandemic bounce this summer. The pandemic shows signs of easing in the UK, but much of continental Europe is facing a third wave of cases at present, which could do much to delay that bounce-back. For the time being, airlines with a strict domestic focus could end up being in a stronger position for now.