Dissolution Expected for Companies Behind Bestival 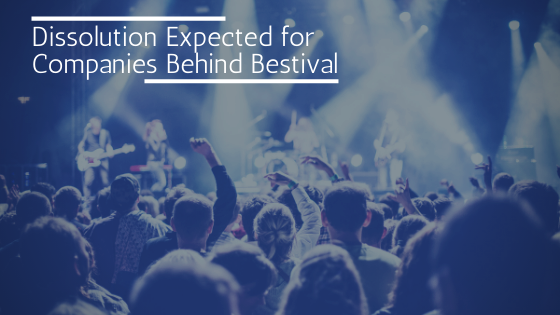 The party is well and truly over for the companies behind Bestival and Camp Bestival, which are reported to be on the verge of dissolution. Unsecured creditors are expected to miss out, being owed £1.18 million, with no likelihood of reimbursement.

For over a decade, Bestival was a feel-good music festival which delighted tens of thousands of Brits between 2004 and 2018, starting off on the Isle of Wight before moving to the Lulworth Estate, Dorset in its final two years. It was ultimately cancelled in 2019, admit reports of spiralling debts.

Camp Bestival was intended as a spin-off ‘sister’ event. Established in 2008, it was targeted particularly at families with small children, and managed to draw in tens of thousands of partygoers.

As previously mentioned, Bestival 2019 was cancelled entirely, owing to mounting debts behind the scenes. In 2018, the businesses running the show were placed into administration by Richmond Group. The Group proceeded to provide the companies with £2.1 million in loans secured against assets.

Richmond Group Debt Capital ultimately sought to buy up the assets related to the businesses, but reduced its offer from over £1.1 million to £958,824. The Bestival Companies had a number of high-profile unsecured creditors such as ticket agency Ticketmaster.

It is believed Ticketmaster was owed up to £1.2 million by the businesses Bestival, while Dorset Police were owed £140,000, for providing police at the last two events at Lulworth Castle. The latter story created something of a scandal when it first broke in 2018, as the local police force claimed the money was unlikely to be repaid, and could have paid for up to five new full-time PCs going onto the beat.

At its height, Bestival hosted a string of popular festivals over a decade, with attendance growing steadily. Big names including Amy Winehouse, Calvin Harris, the Pet Shop Boys, Years & Years and Grace Jones were just some of the acts to grace the stage at the various gigs performed at Bestival over the years.

However, there were clear warning signs of financial trouble for the businesses involved in Bestival and its spin-off three years ago. The 2018 administration laid the crisis bare, as a number of Bestival 2018 headliners revealed they had not received payment for performing.

Even before the COVID-19 pandemic, the live music space was a turbulent place to do business, as many festivals were at risk of falling flat if they couldn’t muster sizable audiences and attract big names to perform for them. Simple factors like bad weather could spell disaster, especially if you were a festival organiser with large debts and poor cashflow.

Bestival Group Limited is formally being moved from administration to dissolution, just one year after Camp Bestival was cancelled due to the pandemic. It is still expected that Camp Bestival will return to Lulworth in 2021, and despite signs of trouble for the businesses involved, demand for Camp Bestival itself remained healthy, with reports of tickets selling out back in October 2020.

No Responses to “Dissolution Expected for Companies Behind Bestival”