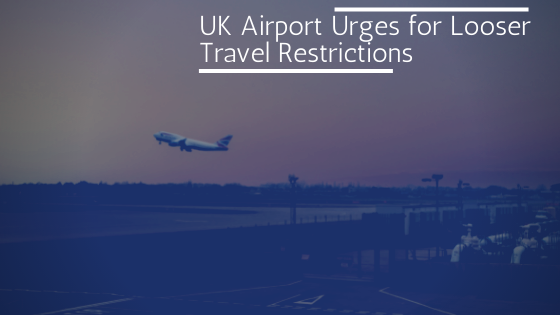 Citing a boom in vaccinations, the CEO of London Heathrow Airport has co-signed a letter with the CEO of Philadelphia International Airport, calling for travel restrictions to be eased. The move comes at a time when London Heathrow is openly reported as suffering financially from lower air traffic.

In the first quarter of 2021, Heathrow, the UK’s largest airport, posted a loss of £329 million. This takes the total financial loss inflicted over the course of the pandemic to a grand total of £2.4 billion, reflecting unprecedented damage to the aviation industry.

The leading causes of these losses are clear: travel restrictions have been in place for much of the last year, limiting the opportunities for people to fly to and from the UK. Just 1.7 million passengers are estimated to have passed through Heathrow between January and March 2021. When you compare figures for 2021 Q1 with those recorded in 2019 Q1, passenger volumes are down an eyewatering 91 per cent.

This represents millions of flights which were never taken, which can also never be recovered at a later rate. Changes are afoot, as a result of the introduction of the new traffic light system for countries based on risk. From 17th May, countries will be placed under Green, Amber or Red categories, depending on the severity of COVID-19 in each respective country.

Most of Europe, one of the UK’s prime destinations and a source of new arrivals at Heathrow, is placed in the Amber category. This would cut off the UK from one of its most lucrative travel destinations unless cases in countries such as France, Italy and Spain fall sufficiently, impacting the bottom lines of airports and airlines alike.

While we’re certainly not expecting Heathrow Airport to collapse, sub-par levels of air traffic are having an effect on the businesses and communities which service the airport and others just like it. The continued restrictions on air travel expected over the coming months could continue to put such businesses under continual pressure.

Think airport cafés and shops, or even the complex business ecosystems which rely on a healthy travel sector just to keep their heads above water. There are reasons to expect the UK’s domestic economy to enjoy a healthy bounce-back, especially thanks to a revival in consumer spending, thanks to a fall in COVID-19 cases following the roll-out of vaccines.

However, whether we like it or not, the UK is a major player in a globalised world, and many businesses here make a living, as part of this network of businesses related to travel. While the pandemic is easing in the UK, it remains a larger problem outside the country. Therefore, it pays to keep an eye on certain businesses sensitive to this squeeze on demand for overseas travel, until the traffic light system is fundamentally changed and restrictions ease.

No Responses to “UK Airport Urges for Looser Travel Restrictions”