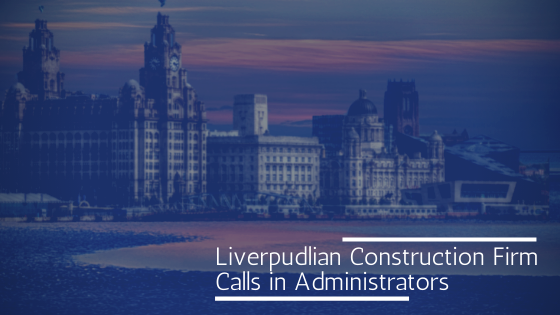 Liverpool’s construction sector took a blow this week, when Speke-based firm Vital Infrastructure Asset Management Ltd (VIAM) opted to call in the administrators, after many months of financial difficulties. Incorporated in November 2002, the firm had previously been known as Knowsley Contractors Ltd.

However, the firm has reached the end of the road in 2021, with initial reports suggesting weak cashflow due to disputed contracts. Disputes with individual customers reportedly resulted in receipts being withheld, denying VIAM Ltd the cashflow it needed to survive on a sustainable footing. Liquidity was in short supply during a year of great economic adversity, and the cash crunch proved too severe to be overcome.

Daniel Smith and Clare Boardman of Teneo were reported as being appointed joint administrators for the firm, which had net assets worth a total of £1.89 million, as of March 2019.

VIAM Ltd calling in administrators comes just a few short years after it had secured long-term contracts with Liverpool City Council among others, which were cited as helping the firm more than double its annual turnover in a short period of time.

The story is a familiar one: rapid growth followed by a sudden collapse into administration with seemingly no warning. VIAM Ltd enjoyed a sudden ascent in what turned out to be its final years, suggesting an air of caution for aspiring construction investors looking to make waves. However, VIAM’s successes in securing contracts despite an adverse business environment in many quarters over the last year gives cause for optimism.

The UK’s construction sector has proved to be resilient, partly due to its own intrinsic strengths and unprecedented government support to the sector over the pandemic. This makes sudden collapses such as VIAM Ltd’s all the more exciting for those looking for a way into the sector, as once-in-a-blue-moon opportunities.

With demand for housing due to a growing population fuelling the need to build more homes and the government pledging a levelling-up agenda, with plans for a freeport in cities including Liverpool, it pays to keep an eye on the geographical spread of certain administrations. These projects will all need a dynamic construction player to take VIAM Ltd’s place – perhaps that could be you.

No Responses to “Liverpudlian Construction Firm Calls in Administrators”