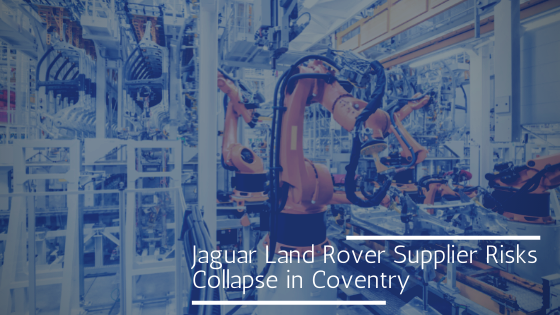 Three months on from a Times newspaper exposé about the financial dealings of Greensill Capital and GFG Alliance, one of Sanjeev Gupta’s Coventry-based operations, Liberty Aluminium Technologies (LAT), appears to be in trouble. This comes as reports emerge that LAT has been in talks with a lender to stave off administration entirely.

Sanjeev Gupta’s broad steel manufacturing empire continues to reel from the aftermath of the Greensill scandal, as LAT, a major supplier of Jaguar Land Rover, faces the possibility of being forced to begin insolvency proceedings. LAT is part of Mr Gupta’s Liberty Steel Group Holdings Private Limited. The lender, Close Brothers, is understood to have appointed Interpath Advisory, well-known as a former part of KPMG’s restructuring wing, to help advise it due to exposure to LAT.

Just as COVID-19 can be transmitted between people in close quarters, financial damage stemming from a potential administration or insolvency proceeding can also spread between businesses with ties to one another. LAT had been lending from Close Brothers in its work as a producer of precision parts for cars, with Jaguar Land Rover considered one of its biggest clients.

The launch of a probe by the Serious Fraud Office (SFO) to investigate GFG has opened up Sanjeev Gupta’s business empire to accusations of fraud, after Mr Gupta requested a loan from the government back in 2020, at the height of the first wave of COVID-19. The government rejected the request, and the SFO’s investigation will explore how the business empire came to acquire financial assistance through Greensill Capital.

The probe intends to investigate “suspected fraud, fraudulent trading and money laundering in relation to the financing and conduct of the business of companies within GFG.”

LAT would be considered a major loss for the Gupta steel empire if insolvency proceedings are the only way forward for them, and the latest accounts filed at Companies House explain why it would be such a major loss. In the pre-COVID era, LAT was generating revenues as high as £63-£68 million per financial year. As with many automotive manufacturers across the UK, LAT experienced a sizable reduction in sales as COVID-19 began to spread and the first lockdown was enforced. Most of LAT’s sales have been UK-based, reflecting a lack of appetite in its prime market: the domestic market.

In the year ended March 2019, LAT suffered a loss of £4.2 million, before bouncing back with profits of £7.51 million in the year ending March 2020. However, as a result of the pandemic, these figures are likely to be significantly different when LAT is able to publish them at the appropriate time.

The fate of LAT and Sanjeev Gupta’s steel empire as a whole remains in the balance, and highlights the interconnectedness of businesses within the UK economy. Issues affecting the cashflow of several steel manufacturers could have a knock-on effect for the automotive industry, offering an intriguing opportunity for anyone looking to enter the heavy industry sector for an easy find.