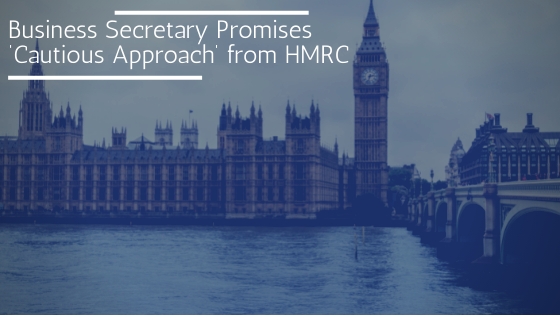 Last month’s announcement of a delay to the so-called ‘Freedom Day’ on 21st June served as a blow to the hopes of many cash-strapped businesses. However, Business Secretary Kwasi Kwarteng attempted to allay fears, writing to business leaders by saying the HMRC would take a cautious approach when it came to businesses repaying the debts they owed to the government during the pandemic.

As explained month, the delay to reaching Step Four and the easing of lockdown restrictions impacted a wide range of businesses, especially restaurants and pubs and other hospitality-oriented services, limiting the number of customers and thus the amount of revenue to be made.

The end of June is also an important deadline, marking the beginning of the end of government support which had been in place since the early days of lockdown in 2020. Commercial evictions may have been deferred until 2022 to the dismay of commercial landlords, but winding up petitions are expected to return in full force from September onwards.

Not only that, but the interest-free grace period over the last 12 months on government-backed COVID bounce-back loans runs out shortly, requiring businesses to begin repaying them over the coming five years. Mounting costs and winding up petitions risk creating a sudden cliff-edge, causing business conditions to tighten, resulting in Kwasi Kwarteng’s recent letter. But what could be the extent of this “cautious approach”?

The Institute of Directors and restructuring firm R3 warned the government that tougher approach to repayment of COVID-related government loans by HMRC, combined with a tapering of support measures, would risk causing a wave of fresh insolvencies from the summer onwards. Some measures, such as a return of commercial evictions, have been deferred, but it remains unclear whether more deferrals will be granted.

In his letter, Mr Kwarteng was keen to stress that the HMRC will ensure that pushing businesses into insolvency will be a “last resort” only, attempting to maintain a pro-business message, but with no new measures announced to replace existing support, insolvencies could spike and push a number of businesses (especially in hospitality and construction) out of business. That is, unless ministers are about to announce new measures of a different nature altogether.

The motivation is clear: the government may be keen to return the public finances back to a pre-pandemic footing. However, distressed businesses, are carrying billions of pounds in total debt at present already. Anyone with an understanding of the pressures facing business owners will understand how the coming weeks could mark a dramatic change to the health of British businesses.

No Responses to “Business Secretary Promises ‘Cautious Approach’ from HMRC”