Theatres Fight for Survival Amid Easing of Rules 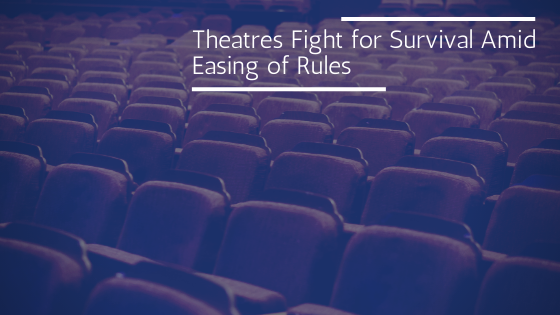 The government’s so-called ‘Freedom Day’ serves as a carefully-worded title to a story which is hoped to mark the start of a new chapter in the fight against COVID-19. However, just by declaring freedom for all doesn’t necessarily mean all sectors of the economy are guaranteed a happy ending.

London’s West End has attracted millions to the UK each year to delight in seeing some of the most popular shows and their most beloved stars tread the boards. Sadly, COVID-19 forced an abrupt curtain call, causing the lights on the West End to be dimmed with little indication of when the show could resume.

Big-budget shows such as Harry Potter & the Cursed Child, Les Miserables and many more had to turn away adoring fans old and new. Right at the start of the pandemic, concerns were raised about how the Theatres and the Arts would require specific provisions to weather the pandemic storm, and a petition garnered almost 180,000 signatures demanding more clarity on what would happen.

The petition was so large that it triggered a debate in Parliament. MPs were told in a response from the government that “HMG announced a £1.57 billion package for cultural organisations. From 11th July 2020, outdoor performances are allowed. From 1st August 2020, indoor performances to live audiences can restart, subject to success of pilots.”

The £1.57 billion package should have been the end of the story as far as policy makers were concerned, but fast-forward to the summer of 2021, and the theatres and arts remain under siege. Outside London, theatres such as the New Theatre Royal in Portsmouth are vulnerable. This venue in question has debts of over £600,000 and was closed for the duration of the lockdown, putting its finances on shakier ground than ever before.

The local council rode to the rescue in this case, but other theatres might not be so fortunate. Distressed businesses in the form of cash-strapped theatres could be a particular market to focus on in the coming year, for good reason: as the old saying goes, there’s no business like show business. Before the pandemic, theatres were thriving like never before.

Gross box office revenues hit an all-time high of over £798 million in 2019, having doubled since 2006. While many theatres may be down in the dumps at the moment with large debts and fewer audience members in their seats, tackling the pandemic decisively may allow restrictions such as mask-wearing and social distancing to be ditched entirely. If you time an investment in the theatres and the arts during a time of peak stress, you can stand back and watch as it thrives in a post-COVID climate.

No Responses to “Theatres Fight for Survival Amid Easing of Rules”