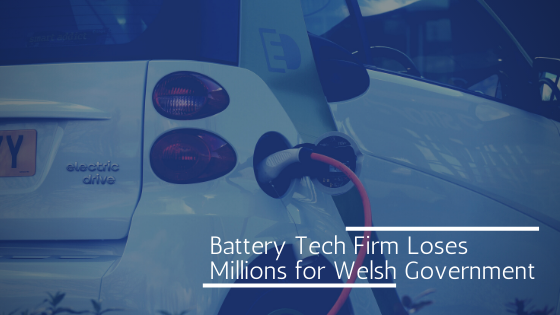 Oxis Energy was seemingly at the forefront of helping provide the UK and beyond with the next generation of lithium sulfur rechargeable batteries, but even this high-powered ambition couldn’t save this Welsh firm from collapsing into administration. Its collapse dashes hopes of creating work in Wales, costing that nation’s government over £3 million.

In a world in which internal-combustion engine (ICE) cars are on their way out and electric cars or EVs are on the rise, there is increasing demand for the types of batteries such as those Oxis Energy was in the business of producing. However, EVs are yet to take that crucial majority share of cars on UK roads as of 2021, and for every new piece of technology, there are always bound to be those who sink or swim.

Oxis Energy was created in 2000, and Companies House accounts suggest its latest accounts were overdue at the time of its collapse – a common sign that a business is in distress and that its finances might be less than ship-shape. Accounts made up to 2018 suggest Oxis Energy was severely in the red, to the tune of losses worth £5.94 million in 2017, growing to £5.97 in 2018. Such large losses would have kept a lid on the firm’s expansion plans, making it tricky to weather the COVID-19 storm.

In its recent collapse, funding difficulties were cited as a contributing factor, placing the firm in administration, while assets and IP were acquired hastily by a sustainable tech and chemical firm, Johnson Matthey. The collapse has knock-on effects for many, and leaves the Welsh Government with a headache, as the Development Bank of Wales, which they own, has made a £3 million loss.

Millions of pounds were at stake as a result of Oxis Energy’s collapse, and meant the loss of a new venture which would have seen jobs come to Port Talbot, due to the creation of a new factory for the firm’s batteries. Such a collapse is interesting to behold, as despite being a Bristol-based firm, Oxis Energy’s collapse had profound impacts on Port Talbot as well. Distressed business collapses could perhaps be likened to a stone dropped in a lake.

While there is a noticeable splash close to the heart of the distressed business involved, a collapse sends shockwaves which extend far from the central point. Port Talbot-based businesses would have benefited from the extra business activity at the Oxis Energy factory in all likelihood. The lack of a factory would warrant paying attention and checking in on local businesses, now that the expected activity won’t materialise.

Oxis Energy was at the forefront of offering cutting-edge lithium-sulfur battery technology for EVs, buses, trucks and marine vehicles, but its consecutive years of loss-making made it financially vulnerable. The move towards electrification remains in its infancy but could become the only game in town, especially as petrol and diesel cars become harder to come by after 2030. If you’re looking to invest in green technology, keep a close eye on similar distressed businesses to see whether you can become a beneficiary of the coming green wave.