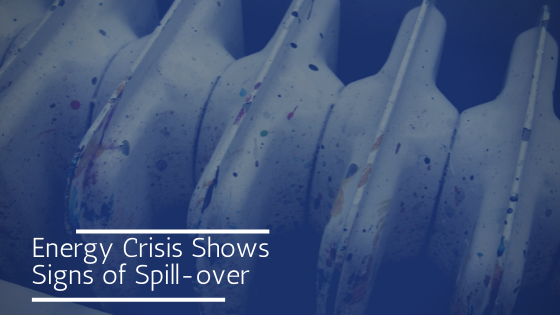 Surging gas prices have hit energy suppliers in the UK hard, which wouldn’t be surprising. However, due to the structure of the UK economy, other sectors are beginning to feel the pinch, especially as higher inflation looms, and with it a period of potentially higher interest rates.

The energy to survive

Last month, we reported the collapse of a number of energy suppliers in the face of mounting gas prices. The impact on the energy sector is clear: high energy prices – at a time when suppliers had to cap prices for consumers – were always going to lead to heavy financial losses. The cap was designed to limit the financial hit of rising energy prices on the consumer in the short term, but the suppliers took the hit instead.

While the 2000s were dominated by the “Big Six” suppliers, liberalisation of the sector in the 2010s led to a peak of 70 suppliers competing in this space, before falling to 50 this year, according to Ofgem, the official energy regulator. The consequences of the collapse of suppliers are instantaneous: millions of consumers face a cold winter, thrown out into the marketplace to find new contracts at potentially higher prices just as demand soars for heating and other energy needs.

Higher prices for energy contracts and lower competition among suppliers contributes to a higher rate of inflation, as consumers feel increasingly deprived of more affordable or attractive choices and simply make do with higher bills. Business, on the other hand, aren’t so lucky, and this is where the next downward leg begins.

Businesses, unlike households, aren’t included in any caps to their energy bills, so the recent rise in gas prices has hit them disproportionately harder than the average consumer. This has created something of a spill-over effect, harming the health of businesses all across the spectrum. The issue has become such a burning one that the Prime Minister was reported to be preparing a bailout for businesses.

Factories, which are some of the most energy-intensive types of UK businesses, are most under-threat, especially those involved in the production of paper, steel and chemicals. State support is expected to come in the form of official state-backed loans, as opposed to a business-based energy cap or explicit handouts. It is understood the loans will only become payable when gas prices return within the range of what are considered ‘normal prices’, but it’s unclear what specific price this would be.

The issue could push not just energy suppliers over the edge, opening up the energy market for fresh blood, but also push industry and other businesses into collapse. What started as an issue surrounding poor energy stocks has transformed into an all-encompassing crisis which has spread from the energy supply sector firmly into the wider economy.

No Responses to “Energy Crisis Shows Signs of Spill-over”