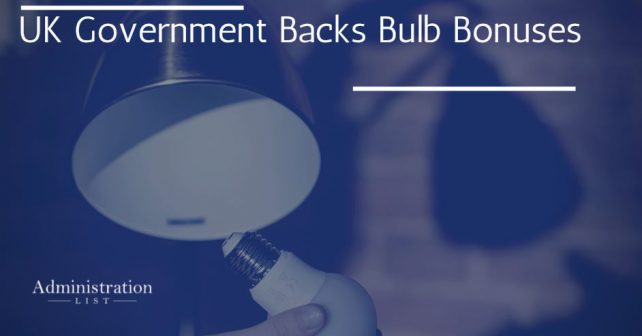 Founded in 2013, Bulb is a renewable energy supply company in the UK that ran at a financial loss while securing rapid growth in customers.

As we reported in September 2021, sky high energy prices now combined with a gas supply shortage, reduced Russian exports, increased consumer demand and the government’s 2021 price cap was a recipe for supplier collapse. This trend has continued with Bulb Energy who were unable to pass the buck onto the consumer, and so collapsed into special administration in September 2021.

As mentioned, it was announced in November last year that Bulb Energy, which supplies 5-6 per cent of the UK energy market, was to go into special administration. The government is now running the organisation through the regulator, Ofgem, while Teneo, the consulting and advisory firm has been appointed special administrator.

But why special administration? As Ofgem were unable to immediately identify another company to look after Bulb’s current customers, the government decided to step in and minimise financial failure across the industry. By making grants and loans to Bulb, they could ensure the continuing functioning of the company until its future was decided. Whether that be a takeover by another company, the selling off of parts of the business or customers being transferred to another firm.

Millions of pounds in bonuses go to Bulb staff

As we’ve mentioned, Bulb has effectively been nationalised. But despite this, the UK government has backed the decision to pay millions in quarterly bonuses to staff. A decision that, according to the Financial Times, lies with Interpath, the financial advisory business that works alongside Bulb’s parent company, Simple Energy.

On top of these bonuses, Bulb’s boss and co-founder was paid a £250,000 salary, a sum that to many seems unsuitable when a company has entered into administration. The entire bailout could cost taxpayers as much as £2.2 billion, with some reports indicating that the £3 million mark is not out of reach. However, the government believe that such payouts are necessary to keep staff at the company, and in turn, ensure the effective running of the organisation until a suitable buyer is found.

The fate of Bulb is yet to be decided

There are certainly a few buyers lined up. The major British Gas owner, Centrica, and Masdar, an Abu-Dhabi based renewable energy organisation are a couple of the most likely firms to step in and buy Bulb Energy. Investment bank, Lazard, has also been drafted in to find a buyer before the government’s purchase ambition of June. Hopefully the future of Bulb as a business will reveal itself sooner rather than later, presenting opportunities for savvy buyers.