Vector Wealth is Pulled Into Administration 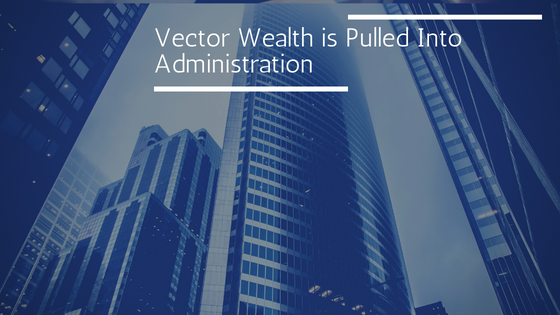 Vector Wealth, an FCA authorised and regulated corporate advisory firm that issues products that achieve high yield bonds, has entered into administration over the widespread provision of mini-bonds.

The company’s product aimed to raise the bar across the Forex trading environment, using algorithmic trading strategies, advanced machine learning and AI together with risk management in order to generate consistent returns for its customers.

A mini-bond can be thought of, in simple terms, as an IOU issued by an organisation in exchange for a fixed rate of interest over an agreed span of time. On completion of this investment term, the investor receives their capital.

Investors at a loss over mini-bonds

These bonds were referred to as Absolute Return Forex Bonds and were promoted by Vector Wealth to high net worth individuals and professional investors. The general idea that was advertised to such investors was that the proceeds of the mini-bonds would be used to obtain returns through trading foreign exchange. As would seem logical, the size of return naturally depends on the success and profit of the business over that specified investment term. So, if such a business falls apart, investors may lose all the money they put into the company.

This is exactly what happened with the investors of Vector Wealth. On 11th April 2022, in response to receiving insolvency advice, the director concluded that the company was insolvent. Therefore, the decision was made to seek an order that they be placed into administration. 11 days later, Michael Sanders and James Snowdon of MHA Macintyre Hudson were assigned as administrators of Vector Wealth.

The FCA step in

As we’ve mentioned, although Vector Wealth is regulated, the Financial Conduct Authority has stated that it was only authorised to carry out some investment related activity. According to them, around 40 customers have invested in Vector Wealth mini-bonds, amounting to around £4 million. This is a large sum and customers have been advised to be prepared for fraudsters who are looking to scam individuals by pretending to act on behalf of the administrators. The FCA are also in the process of advising customers on the possible outcomes with regards to their investment.

The role of the Financial Services Compensation Scheme (FSCS) is to provide compensation to customers of financial service organisations when they fail. However, in this instance, it is unclear as to whether they will be able to fulfil this process. Despite the fact that the company has entered into administration, the FSCS has stated that it is not likely that compensation will be paid out to customers simply because Vector Wealth are unable to repay the bonds to their customers. This is because, on the whole, issuing bonds is not a regulated activity. In response to this, they are looking into whether Vector Wealth has provided investment services to their customers that have been regulated and that also tally up with the legal requirements for customer compensation.

No Responses to “Vector Wealth is Pulled Into Administration”